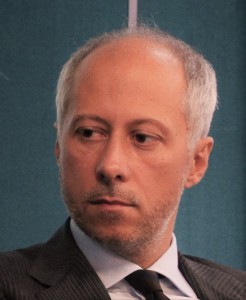 Luca Lupária Donati is Full Professor of Criminal Procedure at the University of Milan, where he teaches also Corporate Criminal Law and Procedure. He is also a criminal lawyer at the Court of Milan, and he is admitted to the Court of Cassation.

Owner of Studio Legale Luparia, for several years now he has been working on criminal law applied to economics, with special reference to corporate, bank, tax and bankruptcy crimes. In this context, he has a recognized position, also thanks to the relevance, often at international level, of the judicial cases he deals with. With reference to criminal laws applied to IT and new technologies, he worked on some leading European cases.

Another main area of practice is corporate criminal liability pursuant to Legislative Decree no. 231/2001 (he assisted many companies in this field), and counseling on corporate management and organization models and business management.

He is President or Member of the Supervisory Boards of primary companies, public-controlled and listed, as well as of holdings of important national and international groups.

He is member of, among others, the Center for Advanced Studies of Process and Justice, member of the Deutsch-Italienischen Zentrum für europäische Exzellenz, membre corréspondant of the Comité international des pénalistes francophones and of the Société de législation comparée (SLC).

He is the Director of the Italy Innocence Project, related to the International organization Innocence Network, and President of the European Innocence Network. He is the founding partner of, among others, the Società italiana di biodiritto and of the research center Tech&Law Center.

He has written several monographs on the core issues of criminal justice and over 180 scientific publications, that were published on foreign journals and international literature as well.

He is member of several publishing committees both in Italy and abroad, and he has spoken at several important congresses in many different Countries.

He is visiting professor at primary US and European universities. He is the editor of several collectanea, and he is the co-director of three editorial series.

He has been the scientific director of transnational research projects funded by the European Commission. He is the director of research centers. He frequently works with foreign colleagues from other countries, and he is member of the Union Internationale des Avocats.